Lets Support Those Making The Change! 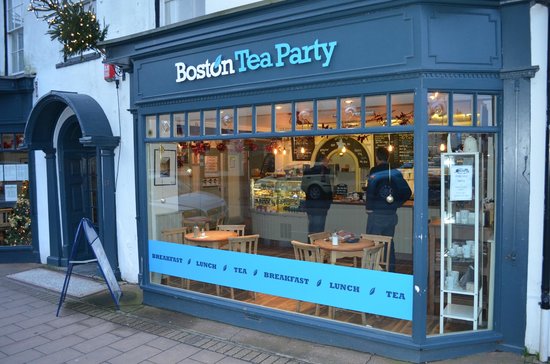 Let’s Support Those Making The Change!

Brick party Bags loves everything green and uses recyclable in our business wherever possible not just our party bags!

We discovered Boston Tea Party, an independent Bristol based coffee house chain with over 22 stores.

The company made the huge leap in June 2018 and committed to banning all single-use cups, meaning customers must bring a reusable cup, drink in or pay a deposit on a cup they can return to any branch.

Since this amazing and bold change, unfortunately, the chain has made a loss of over £250,000.

The company has called for major national and international brands to follow suit.

Owner Sam Roberts said it had taken into account the loss in takings in its plans and that too many operators were “putting their profits before the planet”.

Boston Tea Party usually sells £1m in takeaway coffees every year but it has reported losses of up to 25%.

Mr Roberts said that thankfully the business is supported by a strong food offer and most customers are supportive of its stance on single-use cups.

He, however, did agree that a smaller coffee shop would struggle to finance a ban.

He said: “We have lost around 25% of our takeaway coffee sales but we modeled that into our costs as passing trade who don’t want to get involved in the cup loan scheme”.

“We felt this was a financial loss we had to take and we want this to be a call to action to other companies”.

“Those using a 25p off a reusable cup scheme – we know first-hand this has very low penetration and when we launched that scheme ourselves, only 5% of customers took it up”.

“There are too many operators not dealing with the problem and putting their profits before the planet”.

“At the moment bigger businesses are deploying a smoke and mirrors strategy and not resolving problems while seeming like they are doing something about it”.

The firm has amazingly so far stopped 125,000 cups going to landfill, sold 40,000 reusable coffee cups and raised £12,000 for local charities with the money saved on buying disposable cups – about 10 pence for every cup.

What are the larger chains doing? 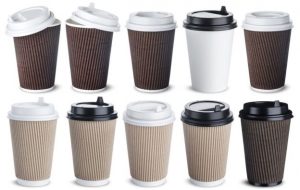 Caffè Nero, Starbucks, Greggs, McDonald’s UK and Pret A Manger are also involved in a cup recycling scheme that funds the collection of takeaway cups for recycling.

A “latte levy” idea was put forward and rejected in the autumn budget as ministers argued it was better for shops to offer voluntary discounts to customers bringing their own cups.

She said “The evidence is clear that levies are effective in changing throw-away behavior,”

“While we celebrate any steps taken by retailers to reduce their use of single-use plastics, the discounts currently offered by chains for bringing in their own reusable coffee cup aren’t enough to address this growing issue.”

Brick Party Bags wholeheartedly backs Boston Tea Party and their mission to do their bit for recycling and the planet. Well done guys!